WHY OUTSOURCE TO INDIA?

Outsourcing to India appears to be the biggest trend during the recent past. It has several reasons why more and more companies are looking forward to Outsourcing to India. If we put other reasons apart the strongest reason for Outsourcing to India is the human talent this country has and that too at very low costs. Twelve months ago, anybody suggesting that India’s economic growth will exceed 8 per cent in the coming fiscal year (ending March 2006), that its equity market would be up and touch 12000 marks and its foreign exchange reserves will cross US$100 billion, would have met with skepticism, if not utmost disbelief.

Well that is in reality the performance the Indian economy has just turned in. Along the way, it has shattered a many a myths which India-watchers (especially skeptics) have long believed. The first myth while Outsourcing to India is that coalition governments in a noisy democracy like India will fail to deliver high growth. Despite their rivalries and their bickering, all of India’s main political parties primarily agree on most structural reforms – the need for a stronger and greater emphasis on growth rather than redistribution; clearer policy frameworks in infrastructural areas like telecom and roads; power, more open policies on external trade and foreign investment; faster fiscal and financial reforms and more aggressive slashing of red tape. Though, in labor reforms and privatization, there are significant differences of view, yet when it comes to Outsourcing to India the companies are getting what they want.

The second myth of outsourcing to India is that high growth is not possible without equal high-quality infrastructure. India’s infrastructure remains inadequate (leaving perhaps, the telecom sector), yet, growth has been satisfactory and more and more companies are Outsourcing to India. It is true however, that this is unlikely to be sustained without infrastructure development. But this is now happening in India: the country’s construction industry as well as capital goods industries like cement and steel is in overdrive, feeding a frenzy of nationwide road-building program, the building of hundreds of malls, a housing boom, multiplexes, office complexes and industrial parks in cities across the country. 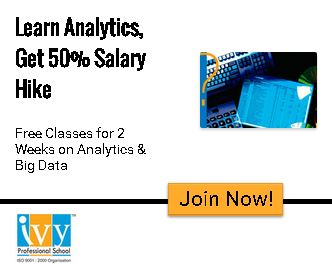